AREA15 is the newest entertainment district in Las Vegas and it is an absolute must-do on your next visit. It had a much anticipated opening since there is nothing like it anywhere in the world! The flagship activity is an immersive exhibit called Omega Mart. It’s a new version of the interactive art collection Meow Wolf out of Santa Fe. It’s super hard to explain unless you experience it yourself, but it is most similar to OtherWorld in Columbus which we featured HERE.

When we visited back in February, Omega Mart was not yet open, but they were doing a soft opening of everything else in AREA15. So let’s talk about those things!

There a lot of different areas of AREA15 to explore. Our favorite one was the Emporium which is an Arcade Bar. I put $20 into the token machine and it filled up my entire cup with tokens. It took 3 of us 2 hours to use up all of the tokens. Unlike other arcades where $20 gets you maybe 10 minutes of game play. We played a few rounds of Skeeball, Pinball, Pool, Basketball, and even Foosball. We also enjoyed a few drinks while we were playing pool.

Emporium is 21+ only and is always open until midnight or later. It wasn’t busy at all while we were there so we were able to move freely from game to game without having to wait. I honestly am looking forward to my next Vegas trip so I can go back here again.

There are tons of other experiences in AREA15 including the limited time Van Gogh Immersive Experience that you’ve probably been seeing ads for all over the internet. They also have a sound and light show called Museum Fiasco, a VR experience called Oz Experience, axe throwing at Dueling Axes, virtual golf at Five Iron Golf, Birdly which is a flight simulator, an AR experience called Particle Quest, and several others!

One place we didn’t get to try out while we were there that I’m super looking forward to next time is Wink World. It’s described as a “psychedelic art house meets carnival funhouse”.

With so much to do here, you can definitely spend an entire day inside. This means that food and drinks will be a necessity. AREA15 has just as many food and drink options as it does experiences.

You’ll see in the photos and video below a glowing tree. This is part of a digital forest bar called Oddwood. For desserts and snacks you have Rocket Fizz which is the confectionary and Emack & Bolio’s which is ice cream.

Just outside of the main entrance is an art installation and a mirror room. We went out there as AREA15 was closing and had to wait for people ahead of us to leave. There is a shipping crate that when you go inside it’s a mirrored room with lots of lights and music. Unfortunately while we were there the people ahead of us were hotboxing it, so the smell was pretty potent when we were finally able to walk in. I would imagine this is a fairly common issue at all hours of the day since it’s Vegas.

I would imagine with Omega Mart being open now that it is harder to just show up and it requires a little bit more planning to be able to go. I’m looking forward to future Vegas trips to try to do everything and eat everywhere in here since there is just so much!

For more information about things to do in Vegas, check out the Vegas section of our blog HERE. We’ve featured tons of resorts, activities (paid and free), and lots of food options (especially happy hours!).

We participate in various affiliate advertising programs and may earn fees by linking to these sites.

How to Start Your Own Blogging Business for FREE! 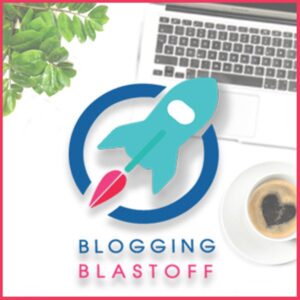 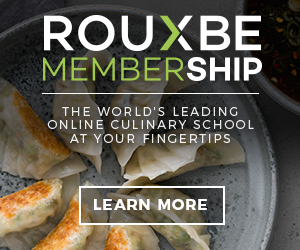